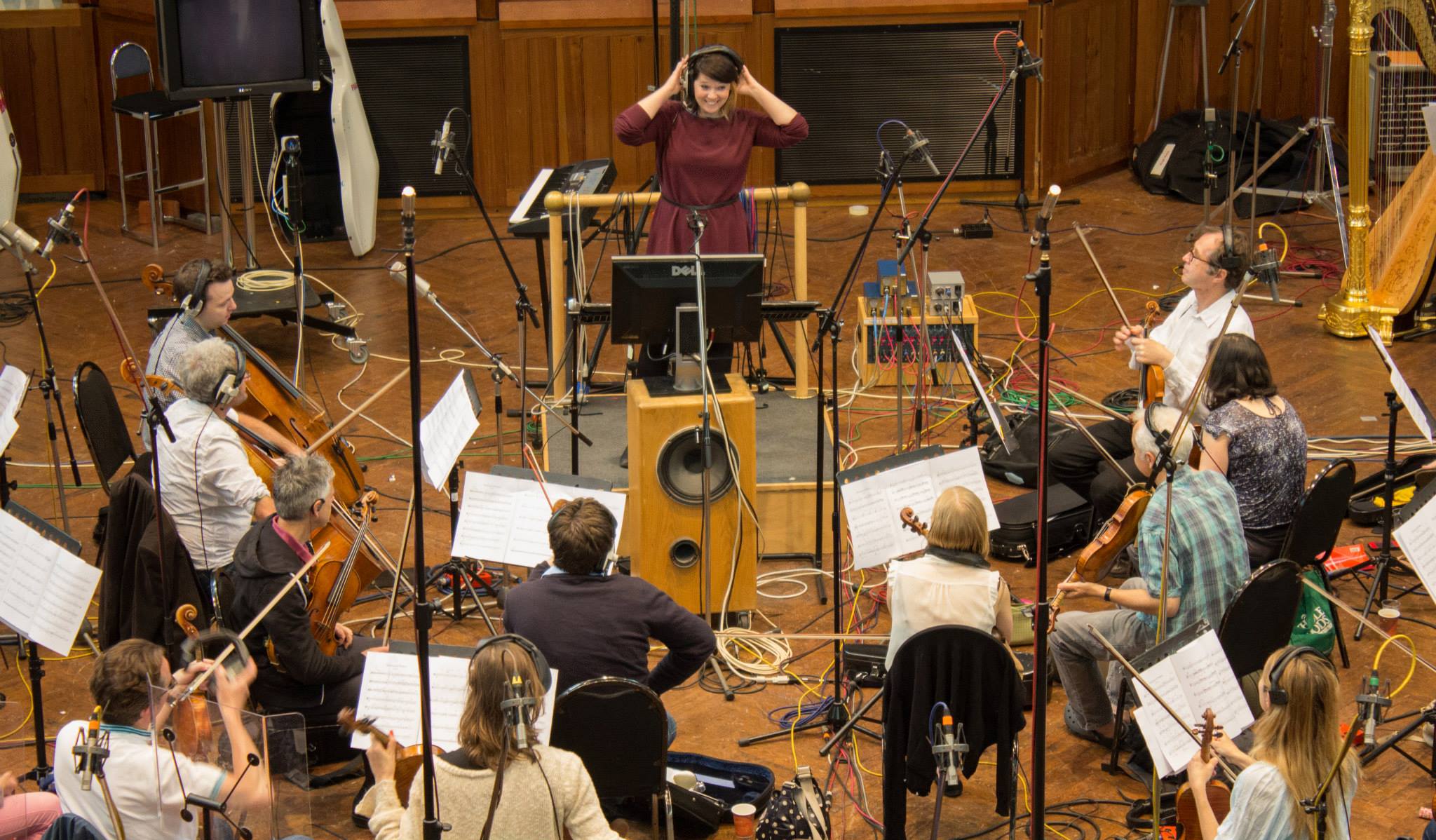 Tess Tyler is a one of our tutors at dBs Music Bristol who teaches on the Music Composition for Film & TV degree course and teaches in Production Techniques for Visual Media and Music for Video Games, where she specialises in composition.

Tess was just 12 years old when music first made its mark on her. The moment struck while on holiday in Florida with her parents at a fireworks display at the Epcot Centre that was choreographed to a piece of music by Gavin Greenaway called Illuminations: Reflections of Earth.

"I remember looking at the audience, and both my parents were in floods of tears and all these people were stood there with their mouths aghast at what they were seeing. And I remember, it was probably my first real adult thought: I needed to understand why it was so moving. I was moved, but it was almost like I was zoomed out of the whole thing, and I was watching everyone watching it. Something switched on in my brain and there was this need to understand the marriage between what you're hearing and seeing that is making people be provoked in such a strong, emotional way." From this moment, Tess became an avid film watcher, often paying more attention to the score than to the film itself. Music for media was still a ways off for her, and when she began university it was initially as a soprano singer. However, Tess realised early on that this path would lead to a career just singing other people's songs.

So by the end of her first year, Tess made the switch to performing and writing with bands and it was at a subsequent show that she was approached by someone asking her to use her music for an advertisement. This led to Tess also doing the actual synchronising of the piece to the visuals, and she quickly fell in love with it and realised there was no going back.

After completing her undergraduate degree, Tess took the next step in her journey and studied a film composition masters at Berklee College of Music in Valencia, where she built up her technical and compositional skills and most notably, worked with the London Session Orchestra at Air Studios, London.

After graduating, Tess' passion for immersive audio technology and the experience she gained at Berklee led to her being brought onboard to help score the LEGO Marvel Avengers video game. The successful score for LEGO Marvel Avengers has been toured across the globe as part of the Heroes and Legends tour with the Bournemouth Symphony Orchestra.

In 2018, Tess worked and collaborated with Imogen Heap in the creation of the successful single, 'Marble'. Her debut LP '_fractals' is due out later this year (2020).

Outside of her professional work, Tess is a lover of prog and mathrock and is a very accomplished guitar player, as well as classical trained pianist and singer. She still kicks herself for not going to see The Mars Volta in Cardiff before they went on hiatus.

Students at dBs Music will most likely see Tess accompanied by her French Bulldog, affectionately known as 'The Pig' who often sits in on her lessons.

Want to kick start your career in music and learn directly from experienced industry professionals like Tess? Why not check out our degree courses?