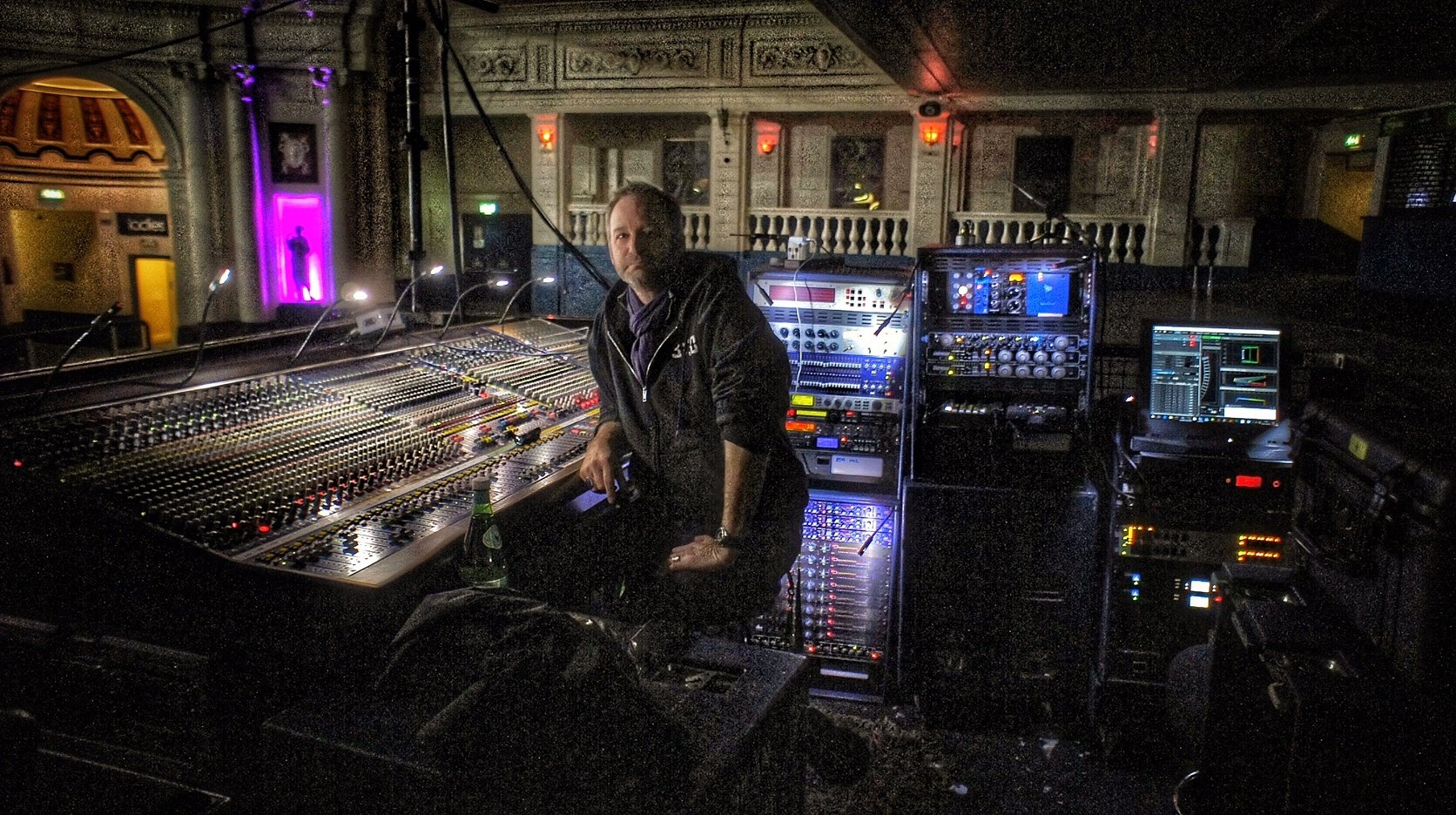 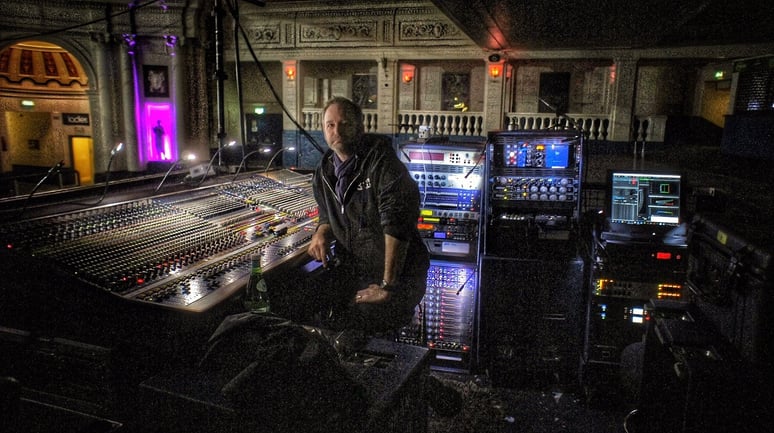 After a recent guest lecture for our Electronic Music Production degree students in Bristol, Jamie Harley sat down to talk to the dBs Music blog about soundsystems, his most complicated show setups, his career and a little advice for electronic musicicans looking to get the best possible sound.


So, first of all tell us how you ended up in the music industry?
"I studied communications engineering down in Plymouth with the desire to be a sound engineer or a music producer, ultimately. But back in 1982, there were no opportunities like dBs Music. You had to just grab away in if you could. You could write a lot of letters and hope that you'd get a job as a tea boy in a studio or something. I ended up moving to London and working for BBC enteprises for a while, and by complete coincidence a mate who lived in the same house share as me was a studio engineer. So, I ended up going to his studio, talking to the guy who ran the studio and he was looking for a maintenence engineer. So I said I could do it, even though I had no idea how a mixing desk worked really. The studio was Sam Studios and soon after my friend actually ended up leaving and working at another studio so I voulunteered to engineer and worked for a year and half with people like Jesus And The Mary Chain and many others. Then I went to see a band called Loop Guru who my friend was managing and I told him they are good but they sound a bit crap. So he said, why don't you do it, they need an engineer. Next day I was engineering for them live at a gig in Southampton and was with them for the next five years."

So how did you end up making a name for yourself?
"Well just by people seeing what I did and word of mouth through the musicians really. People would say, you need this and I know a guy who can do that for you..."

A lot of electronic live acts might not think they need a live sound engineer...
"When you don't have an engineer, your music will not sound like you want it to sound. Fundamentally what I give to the people that employ me is making sure that they are happy with the monitoring for them on stage and it sounds exactly how they want. Then the sound in the main room is clear, punchy and at the right volume."

Are you putting sound systems in venues or working with existing systems?
"A bit of both really. It all depends on the amount of pre-production work. There are shows that I'm doing with Aphex Twin this year for instance where we are installing something specific for those shows. But of course there are festival shows where you are extremely limited in what you can do and you just have to work with what you have and make sure you know what you are walking into."

Do you find you find yourself doing much during the actual sets?
"Again it depends on the artist and what they are putting out. For instance with Autechre, most of the spec work is done before the show so during the show it's just a case of dealing with any problems if any happens."

What about multi-channel systems and technolgies like Dolby Atmos?
"Well I've done quite a few surround sound gigs in lots of different formats. Espeically with Aphex Twin where we did some really bonkers surround sound stuff with 12 channel systems, speakers in the roof and such. Not, the traditional 5.1 surround sound, although I have done that too. Surround is a very difficult thing to get right in a show, making sure everyone is the right distance from the speakers. Infact, for one show I did at the Queen Elizabeth hall on the Southbank in London, we had two surround set-ups, one for the front and one for the back. Getting that all working with the delays etc, was a challenge, it's not an exact science at that point, you just have to really listen and tweak the system. In terms of Dolby Atomos, I've only recently encountered it when I bought a new AV receiver."

What has been one of the most complicated set ups you've had to deal with?
"The Aphex Twin, Remote Orchestra, Steve Reich Pendulum Experiment. It was swinging a grand piano above the stage to get a doppler effect. It was one of the most challenging and exciting projects I've done. It was received really well and was one of the most mind-bending things I've done it was absolutey amazing to be part of. What's interesting is that when you're mixing a more traditional band, the audience and you have a point of refrence for what it's meant to sound like. When you set up something like this it's completely down to communicating with the artist and working on their vision for the show.

Do you have a prefrence for desks or systems when working?
"There are some systems I won't use on technical riders where appropriate and of course I have my favourite sounding rigs. In terms of desks I prefer analogue boards because it seems that most digital desks are trying to be analogue desks anyway."

What what would you advice be for the dBs Music Live Sound students looking to work more with electronic acts?
"Well you have to be really versitile and understand all the tecnologies involved and you have to be very, very artist aware. You have to make sure you really understand what the artist wants to do and what they want from the mix. Despite the fact that you're dealin with all these different technologies, it's still a very human industry and the human interaction is the real key to doing your job well.