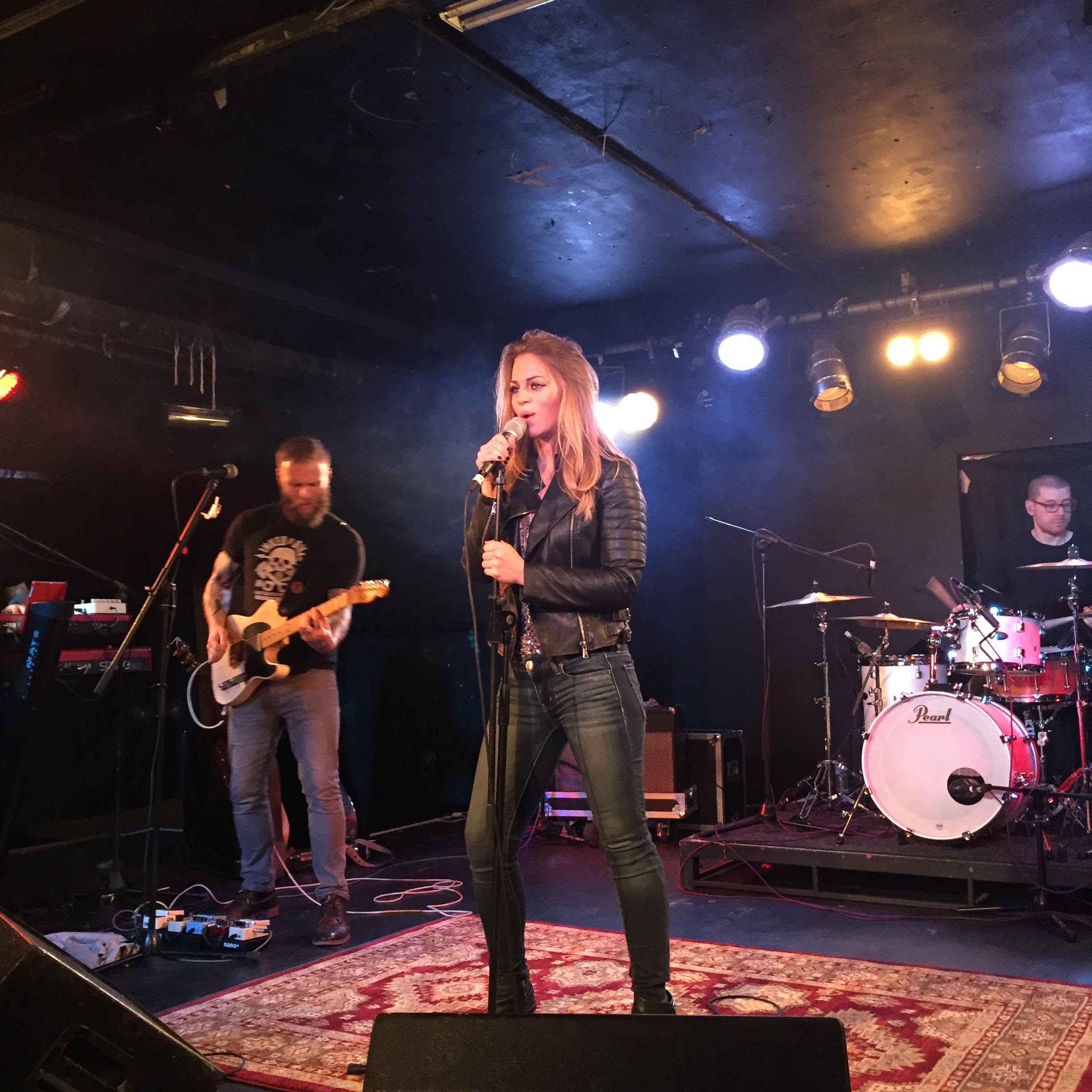 Currently on UK and European tour, Caitlin Koch (pronounced Cook) is a country/blues rock singer hailing from Nashville Tennessee USA. Nashville has always been a hotbed for artists, songwriters and musicians and very much on trend at this time with more and more artists heading to record or work there from all over the world. Caitlin took some time to chat with us prior to her show at Bristol Bierkeller at the start of her tour…

How did you get into singing and performing?
“I was born and raised in Buffalo New York and my Mum really raised me on Elvis so he’s my main inspiration. I grew up singing in church and when I was 14 I realised that I wanted to do music full time so I entered this ‘Buffalo Idol’ contest which I won and ended up opening for Avril Lavigne and other artists which was huge for me then as you can imagine. I instantly felt at home on stage, loved it and eventually went on to do X Factor. After that, I was managed by Paula Abdul for 3 years and then moved to Nashville to write, record and play shows constantly...and here I am now!”

Tell us about how you came to being in Nashville and your new EP
“I had been to Nashville before as, beleive it or not, I played rugby to a national level so would visit for tournaments. I always liked the place and was drawn to it musically and have fell in love it and the people. The people in the music industry there really want to help whereas in New York or LA it’s so more cutthroat and they aren't willing to help you unless they get something for themselves which just isn’t in my make up. After X Factor, which was the best experience of my life, and other things it’s just so refreshing to be involved with such good people and enjoying my time there.

“As for my new EP, ‘I am Caitlin’, it’s all orginal songs except for a very unique version of Dolly Parton’s Jolene. We’ve made a special 6 track edition for this European tour which is available at all of our shows. It was recorded in Nashville to 2 inch analogue tape at Creampuff Studios - all the band in 1 room of exceptional musicians and we just went for it, tracking all together at the same time so essentially it’s a live CD. With such good guys, you don’t have time to think about things as it happens so fast and Nashville has some of the most professional and best musicians in the world. I’m really pleased with how it turned out and has been received so far.”

What have you learnt from working with different managers and musicians?
“Working with different managers and musicians has taught me a lot. Essentially I picked up that no one is going to do for you what you need to do for yourself! There’s this romanticised version of what you think music or the music industry is where you think your career is going to be a certain way, especially when you’re younger. That happens for some people, but that did not happen for me. I was in bars for 7 nights a week gigging for years, even before X Factor, which will surprise some no doubt about that. I was studying music, I was recording, learning and then eventually writing came along in which I’ve grown in confidence over time. If you’re serious about music, if you love being on stage you have to chase it yourself and believe in yourself. Don’t rely upon anyone to do anything for you as you’re responsible and accountable for your own life and career.” 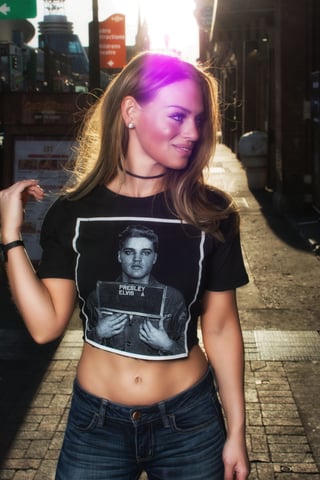 If you could give advice to yourself in your late teens, what would that be and why?
“I guess that would be to trust my instincts more. There’s something to be said for your own perception of how things are and how the industry is. For the most part I had an incredible support system in my friends and family which helped keep me out of trouble or out of the way of things which could potentially of led me down a different path. Where I played rugby, that taught me a heap where I could apply the hard work, team work, discipline and competitiveness in playing to working in music in a positive way. It takes a team to win a game and it’s the same in music. For your students at dBs Music, or anyone in fact, you have to believe in yourself. If you don’t have a support system in place, you have got to find one in your friends, fellow singers, musicians, whoever you can find that will lift you up and be a positive influence on you, but if you don’t believe in yourself first, you won’t find people that will believe in you.”

You’ve mentioned the X Factor a couple of times. It’s a show which people tend to have a strong opinion on either way...
“Personally, it was the best experience of my life and has given me some great opportunities, but production has a lot to do with how the show or artists are perceived. I think that post production and how much airtime you get is what makes people's opinions of you more than anything else. I can tell you that when I was there in front of an audience, my connection with them was real and it validated me and my faith in myself at a time when I kind of needed that. It was such an incredible experience for me but when I was let go from the show and you watch those moments afterwards where things don’t appear how there really were, and you know because you were there, you have to recognise that it’s a reality TV show and the producers main goal is for the views and they’re going to do whatever they think is right to get those numbers up. I do think it has a valid place within the industry as there are very talented individuals that have come out of it who have not necessarily reached the level they were aiming for, say top 10, but they’re working and have careers in music. I certainly didn’t enter the music game at the X Factor, I was already around and in it for a long time before which people don’t get, I’ve worked from the bottom for sure. Yes, there is a perception that you’re not as talented as people put you out there to be by being involved in shows like that, but often that perception is wrong. Truthfully, I haven’t had a bad experience as a result of being on X Factor and count it as a blessing, but I have met people who have.”

And what’s your plans for 2017?
“So, right now we’re on UK tour and have just started so it’s really great, fresh and great to be back in the UK. We hope to see as many people as possible at the shows, so come and see us play! Afterwards we branch out and head to Norway, Sweden, Switzerland, Holland, Greece...the list goes on! It’s really exciting as the band on this tour are Kris Barras, who’s such a great guitar player and a sweetheart with his super talented band, and we’re already feeling like a family. After tour I’m having a short vacation to see my family and do some writing back home and then I’m back to the UK in July where I’m really excited to be playing on the Outlaw stage at Ramblin Man Fair festival which is huge and I’ve heard it’s so cool. Hope to see you there!”