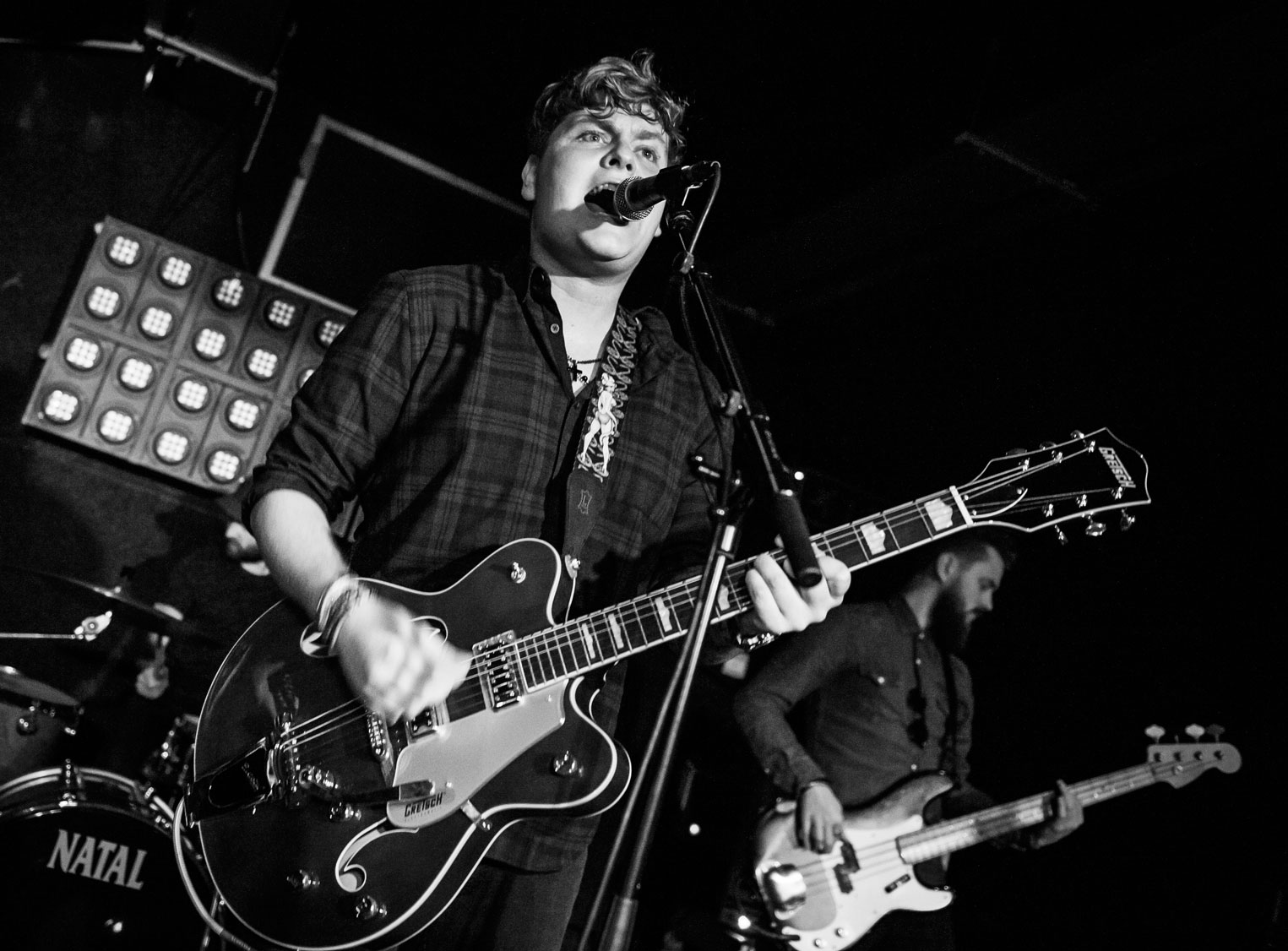 Hailing from Birmingham, Broken Witt Rebels experienced success in 2016 with the release of their five-track EP, Georgia Pine featuring the singles Low and Guns which received airplay on Planet Rock and XS Manchester, while Low was Track of the Week on Radio X. In October 2016, they won Best Rock Act at the first annual Unsigned Music Awards held at The Troxy in London, and closed the awards by performing Guns. BWR were also nominated for Best Live Act. Prior to a show on the second incarnation of the Planet Rock Roadstars tour, lead singer Danny met with us to tell us about the band, influences and how young bands can gain a footing...

How did you guys meet and start playing together?
“Luke Davis (bass guitar/backing vocals) and I met first as kids so have been friends for years growing up together. We took an interest in playing music quite late to others when were 16 or so and looked to get out of playing in our bedrooms as soon as we left school ‘Right, let’s have a real good crack at it’ we said. We were rehearsing together and going out on the local Birmingham scene watching lots of bands play where we met our guitarist James Tranter who was in another band who we liked to sound of, we recruited him about 4 years ago as we instantly connected and James Dudley on drums joined us about 2 years ago. Since then we’ve been constantly evolving, writing, growing and going from strength to strength with smaller shows leading to these bigger tours.”

What influences do you collectively draw from and any artists that may surprise some that you listen to?
“We generally have the same music tastes, I guess what we all love listening to album wise is Fleetwood Mac from the early Peter Green days through to Lindsey Buckingham and Stevie Nicks era. We all love early Rolling Stones, Led Zeppelin and being from Birmingham it’s in your blood to love Black Sabbath! I’m 26 so I grew up with the 90’s bands of Ocean Colour Scene, Oasis, the Brit-Pop era you know. Being a singer, I listen to a lot of Otis Redding, Muddy Waters and Aretha Franklin, Janis Joplin, Dusty Springfield and a lot of Motown also features. We’ll take influences from almost anything as we’re very diverse but mostly old school but not the autotuned pop that’s out there!” 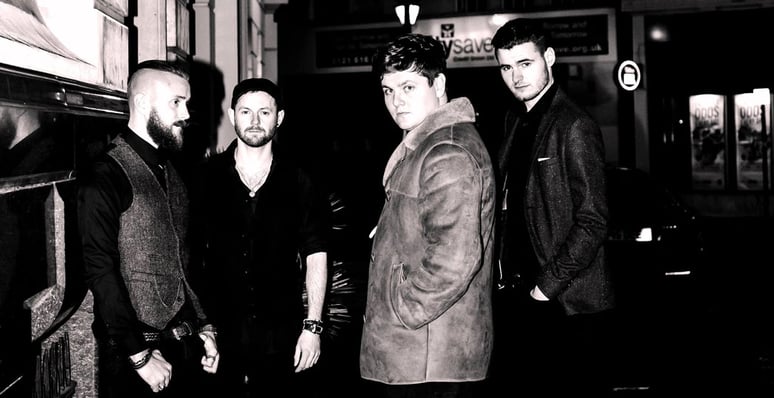 How have you gone from starting out and getting to where you are now.
“We’d been slugging it out on the Birmingham scene but didn’t really fit into the cool kids scene, you know the NME darlings and the like. We released an EP and invested in a bit of PR despite being skint and threw all our efforts into it. We really believed in the EP, we thought ‘This deserves to be heard’ and we didn’t want to be just playing to our friends and family locally despite being very appreciative of their support, we just wanted to broaden our horizons. So, once the EP was released it got a lot of great reviews and we had labels approach us for deals. We met with a lot of good people, we met with a lot of not so good people and it took a good year to sort the good from the bad. We learnt a lot from that - who to trust, who to go with and realised our management at the time wasn’t quite right so have come into new management since December with a firm from Nashville USA. This has all resulted in Planet Rock airtime, live sessions, awards and us on the Roadstars Tour now.”

How would you describe the Broken Witt Rebels sound and do “The Blues Police” worry you at all?
“There’s a lot of people out there called ‘The Blues Police’ as you say whose noses were put out when we were on the cover of The Blues Magazine saying ‘They’re not blues, they shouldn’t be on the cover’. I think it’s not always about being down, singing about how your girlfriend left you, singing the standard 12 bar. You know, Peter Green was one of the first to break away from that and implement a lot of guitar ideas that weren’t traditional and you don’t hear people moaning about him! I wouldn’t say that Broken Witt Rebels are predominantly blues at all, we take certain aspects and mix it with others for our own sound which a lot of people enjoy. There’s some great modern artists out there like King King who we’ve toured with and local to us in Joanne Shaw Taylor who is a pioneer for what she’s doing in blues rock. Sure, we’ve played what we see as the blues circuit in the UK and are grateful for that, but we are far more diverse so we wouldn’t want to pigeonhole ourselves to blues rock. I like to think that a lot of people wonder what they’re going to get next from our music; is it going to be a ballad, is it going to be a Zeppelin-esque riff or is going to be ‘Guns’ which has been our most successful song which is quite indie. Some may say it’s a bad thing to be diverse but I don’t think that at all as it keeps us ticking, keeps us going and stops us from making records that all sound the same as the one before so we can keep evolving.”

Being a vocalist, did you have any formal training?
“No. I’m constantly playing and singing. I never took myself seriously as a singer until about four years ago as I was more predominantly playing rhythm guitar and some lead. I started getting a lot of compliments about my voice so it really grew my confidence. I’ve played a lot of shows before where I was straining my voice and I guess I’ve built up a stamina from hammering it every night which is not good in some ways. You can say that I’m self taught and with such extensive touring this year there isn’t any room in the schedule to have training but it’s something that I want to do to look after it better when we get back as this is my bread and butter. We’ve never had to cancel a show once due to me losing my voice and I am careful to have a warm up routine over the last three months with some lip rolls, singing scales, letting my body know I’m about to use it I guess.”

Tell us about your latest EP Georgia Pine...
“We recorded in a beautiful studio Monochrome Productions in Warwick. Our producer/engineer had worked on some of Robert Plants solo work so he had this wealth of experience and was a really good guy to work with and we’ve become friends since. We used a lot of Orange amps like the Mini Terror, a Mesa Boogie, Fender Twin amps. A mixture of guitars in Gibson, Fender, I even used an Ibanez Art Core which is something I had never played before and liked it so much that I bought one. The opening track ‘Low’ has a very chain gang style middle eight where we wanted to replicate that out in the fields working sound from the deep south so we were banging chains on the floor in a corridor, we had all these mics set up and getting that real atmosphere. It was so much fun doing it.”

If you were a student at dBs Music what would you want to hear from someone in your shoes?
“You’ve got to be out there doing it and not just rehearsing. If you have a 30 minute support slot you have to get out there and grab people and keep their attention. We’re writing all the time so we’ll road test songs in our sets to gauge reactions before deciding what to record. Sometimes you can be sitting on a song for a while, put it on the backburner and then when you pull it out you find the audience really like it so you’ve got one that you can always rely upon, you kind of need to do that with all your songs so write lots. You may also find out if a song has any flaws from playing them live so there’s no better testing ground than a live audience.”

What’s next for you guys?
“We’re booked in for some studio time after this tour as we want to get our album out there as soon after we’ve picked the right deal we’ve been offered which will be revealed soon. We’ll keep writing, we’re in the States in July touring Texas in support of a band, sorry, can’t tell you who yet as it’s not been announced! All in all, we just want to keep playing and not sit at home being a ‘keyboard warrior band’, you know the type, who only play a gig a month and hammer the s*** out of social media for it thinking it’s a special occasion...every gig should be a special occasion! That’s not us at all man, we cut our teeth the old way by playing lots of shows. Now we have a clear opportunity and we’re going to take it.”