All systems go for live sound at dBs 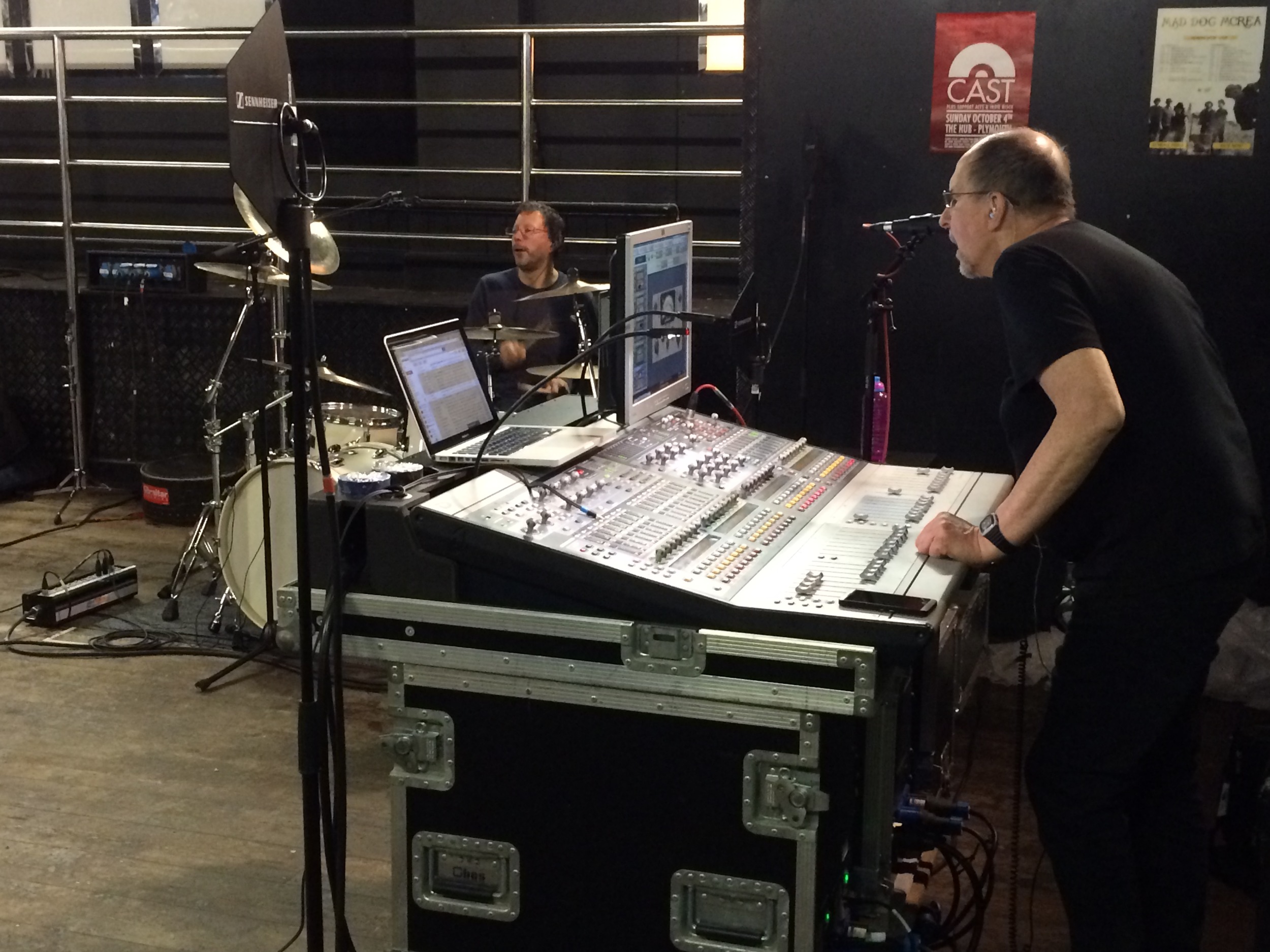 The FdA live sound team in Plymouth are ramping up the activity levels as the silly season approaches.

Final projects form the focus for the second year students whilst the Year 1 cohort are busily getting to grips with the many considerations involved in live events. Here's a run down of some of the incredible events the dBs Live Sound students have been involved with...

March saw students from both years of the course undertaking a range of interesting and challenging activities. Kicking off the proceedings were Shane Forster and Martin Northcott, who designed and installed a pa system at Prime Skate park during a four night takeover event featuring budding DJ students from the BTEC DJ Music Production course. 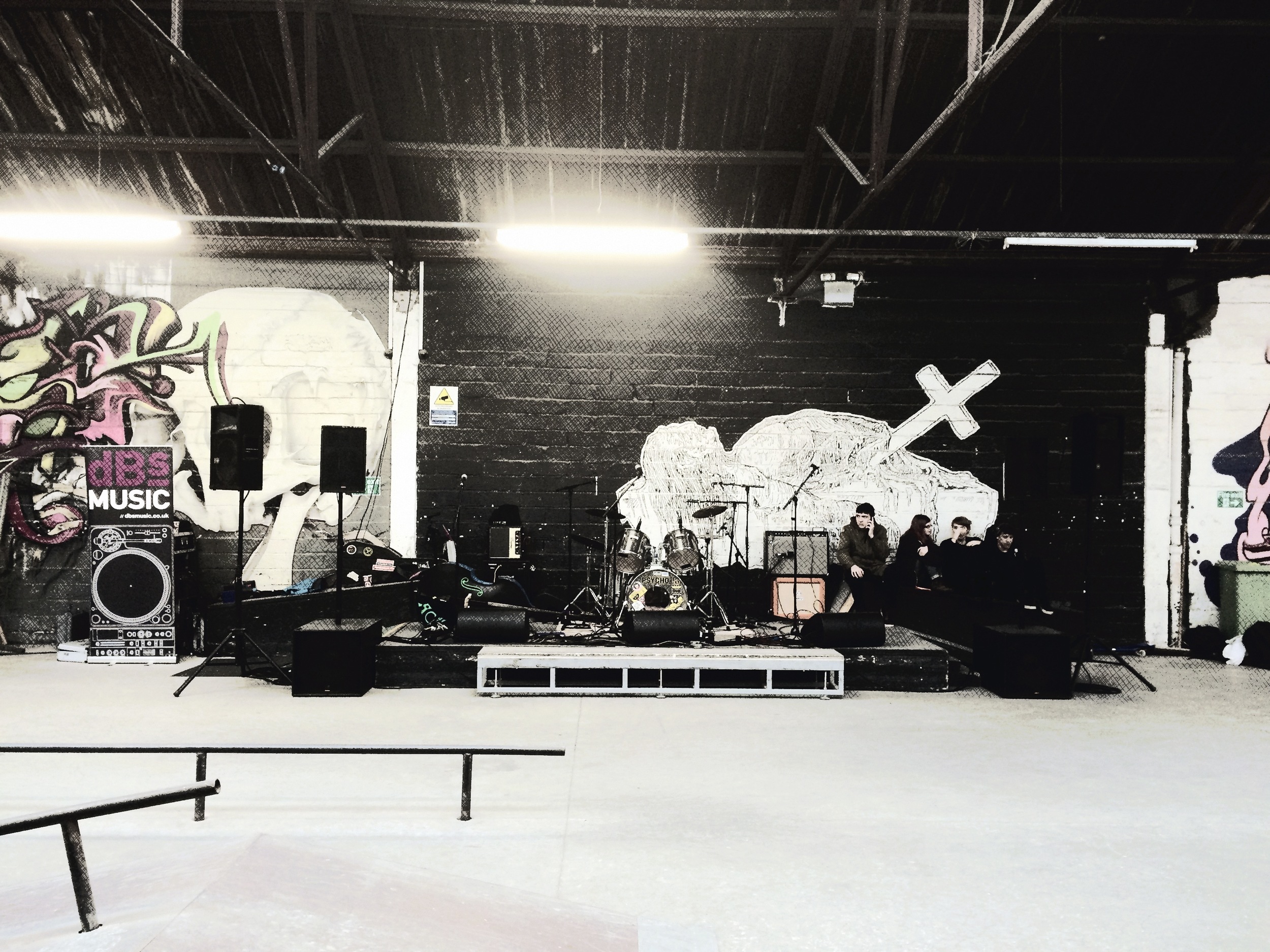 Students provided a soundtrack to the local skate crew, each night featuring a different group of students. This event continues to build the working relationship between Prime and dBs Music, supporting each others’ cause in a delightful synergy. Our smallest Martin Audio system comprising 2 x W2 tops and WS18X subs did a great job covering the “audience” area, with our smallest Duran Audio U12’s provided the DJ’s with some local monitors on stage. Shane and Martin provided tech support and engineering for the four nights, monitoring noise levels to ensure the skaters could still land their kick flips in style!

Following this, Dom Watson and Chris Lane delivered a complete sound system, engineering a charity event in Newquay, raising over £3500 for Marie Curie Cancer care. Headlining act, Company B provided the entertainment for the black tie event and our largest Martin Audio WT3 system combined with WS18X subs took care of the front of house sound whilst the LE1200 Monitors and four channels of IEM’s took care of the stage sound for the band. Up front was our versatile and robust workhorse desk, the Allen and Heath QU24 combined with iPad control for stage monitors.

The final outside event of the month saw the finale of a regular night we have supported for two years. Acoustic Haven, a monthly folk night featuring high quality national acts raises money for local charity the Hillyfield Trust, an organisation who look after an ancient piece of farmland sat on the edge of Dartmoor National Park. 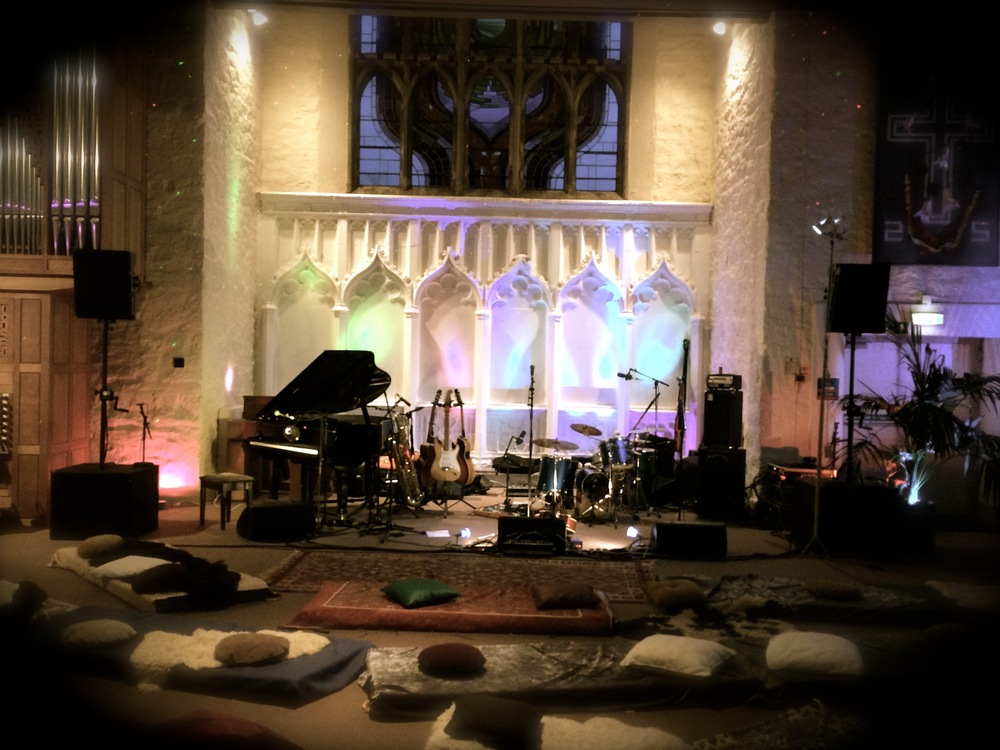 March’s line up featured the incredibly talented Fraser Anderson and the eclectic Red Foot Crow. Regular crew members Simon Purse and Mark Hathaway proposed a d&b Audiotechnik T10 system combined with V Subs all powered by a single D20 amplifier to provide the FOH sound. Having worked on each of the nights for the last year, they wanted to raise the bar for the finale show, opting for the d&b system over our own Martin Audio system in a bid to more evenly cover the audience area inside the acoustically challenging space of St John’s Church, in Bridgetown Totnes.

Whilst collecting the loaned pa system from supplier Millstone Sound in Perranporth the van broke down, leaving us stranded on the A38. Not to be deterred as the busy Easter weekend approached, we arranged a replacement vehicle to be supplied. Following our return to Plymouth, we undertook a cross load of the equipment to the hire vehicle, leaving the sad old van awaiting some much needed TLC. The gig itself was a success, leaving the excitable Totnes crowd in a prolonged state of joy and peace and importantly in the hope that the organisers will find a new home for the monthly event next year.

The Year One cohort spent two days at Dartington Space studios, recording and mixing live a talented and accomplished jazz trio headed up by Alex Christaki. 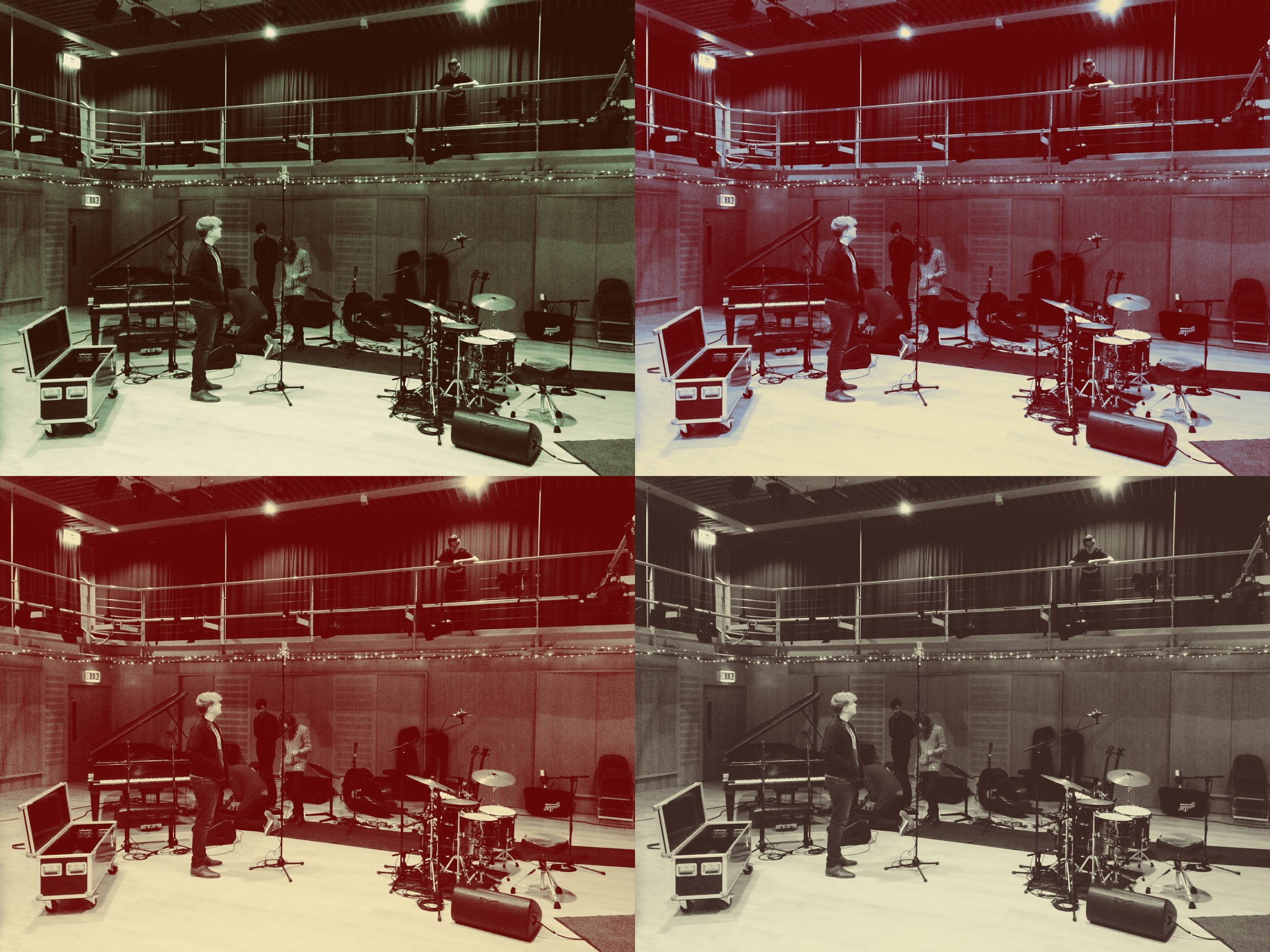 The small Martin Audio system provided the near field monitoring of the performance with students each conducting a live mix on the Midas Verona 320. Meanwhile, the A+H QU24 again stole the show, this time as the recording interface, allowing us to track 32 inputs straight to Pro Tools over the USB bus! Students were spoiled for choice with a full suite of DPA microphones, courtesy of Simon Honywill to capture the performance. Students are eagerly awaiting mixing down the recorded performance in the studios over the coming days.

Venue in the spotlight

Closer to home, and in the midst of a recent local media frenzy, dBs Live has come under the spotlight following news that it will likely be closed, with the council releasing plans for re-development to local newspaper the Plymouth Herald. 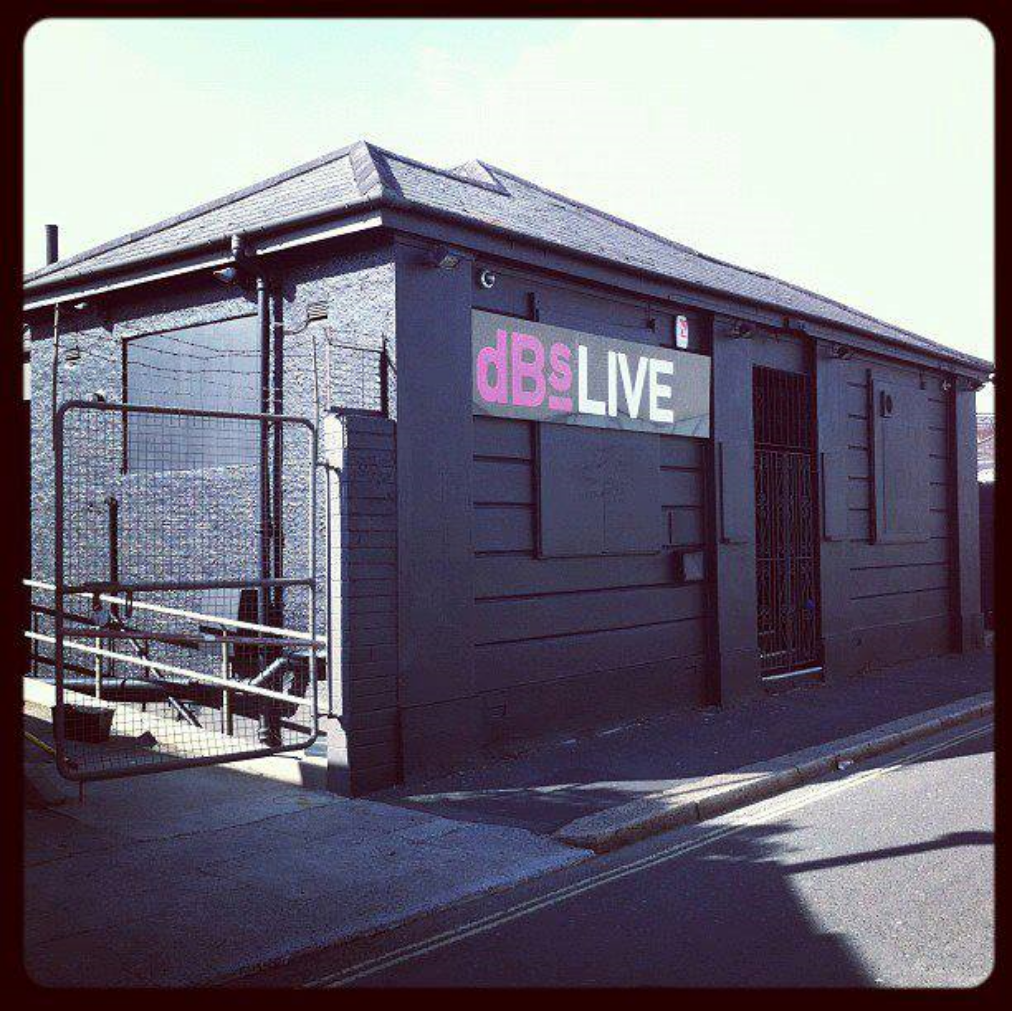 Support for the venue has been greatly received and let there be no mistake, it’s business as usual! Venue staff and student volunteers are in the midst of a thriving spell of time, evidenced by the raft of acts seen performing in the last few months, including Gaz Coombes, Cast, Puddle of Mud, Dub Pistols, Gentleman’s Dub Club, The Selecter, Brother Strutt, Sound of the Sirens, Dreadzone, Andrew Roachford, Reef and many regular DJ and electronic music events which are as ever proving popular with local music fans. So, whilst the search for a new premises continues, we will endeavour to meet the technical and logistical challenges presented by running the sound system in the venue and providing students with continuing weekly opportunities for work experience.

Students from the EMPaC course took to the stage last week for the annual Project Warp, where dBs Berlin and Plymouth campuses join forces for a series audio visual electronic music performances. 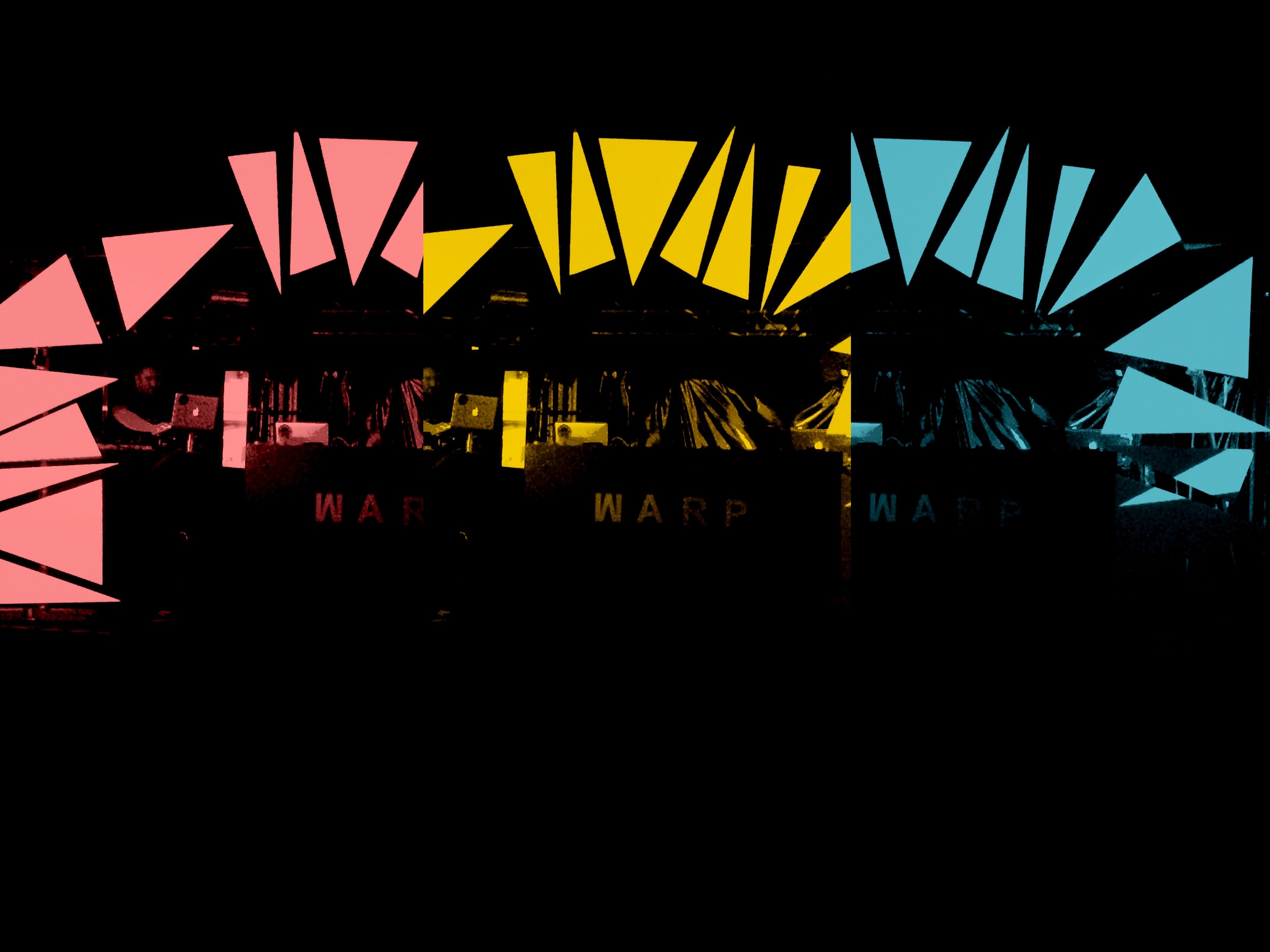 Project Warp is a collaborative and interdisciplinary assessment project with year one Live sound students providing technical support for budding producers and musicians in a dazzling array of technology and creativity. For many it provided an opportunity to perform on a stage for the first time, and with no exception it featured an impressive range of musical acts, each bringing a uniquely different style to the stage.

Going nuts in the officers mess!

And if that wasn’t enough to be going on with, this weekend sees the culmination of months of planning and preparation for an event featuring many high class musicians and a host of current and alumni students working together on a show inside the Stonehouse Barracks in Plymouth. 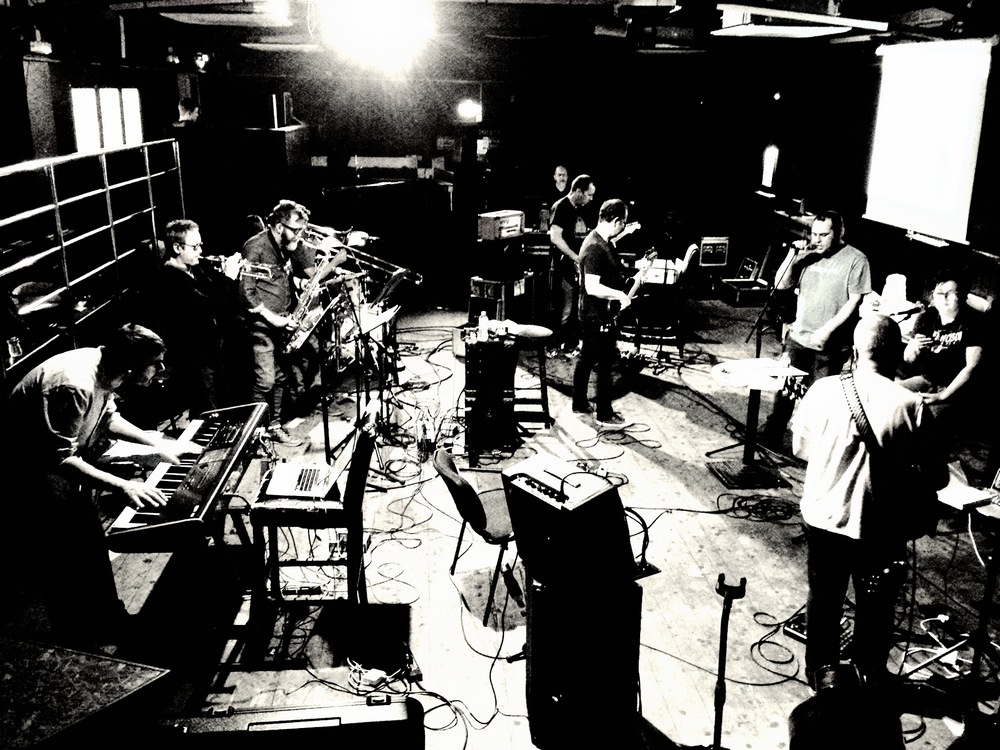 dBs Music tutors and friends in rehearsals for the Nutter's Ball

Event organiser Simon Honywill has programmed the line up for the inaugural Nutter’s Ball, calling in the favours from across the industry to co-ordinate a fundraising evening not to be missed. The show will raise money for The Chestnut Appeal and it’s finale sees an all-star cast of dBs Music tutors and friends who have been secretly rehearsing each week since before Christmas to devise a repertoire of songs that will surely bring the house down!

If you want to find out more about our live sound course visit www.dbsmusic.co.uk/fda-live-sound