The dBs Music students who are killing it right now! 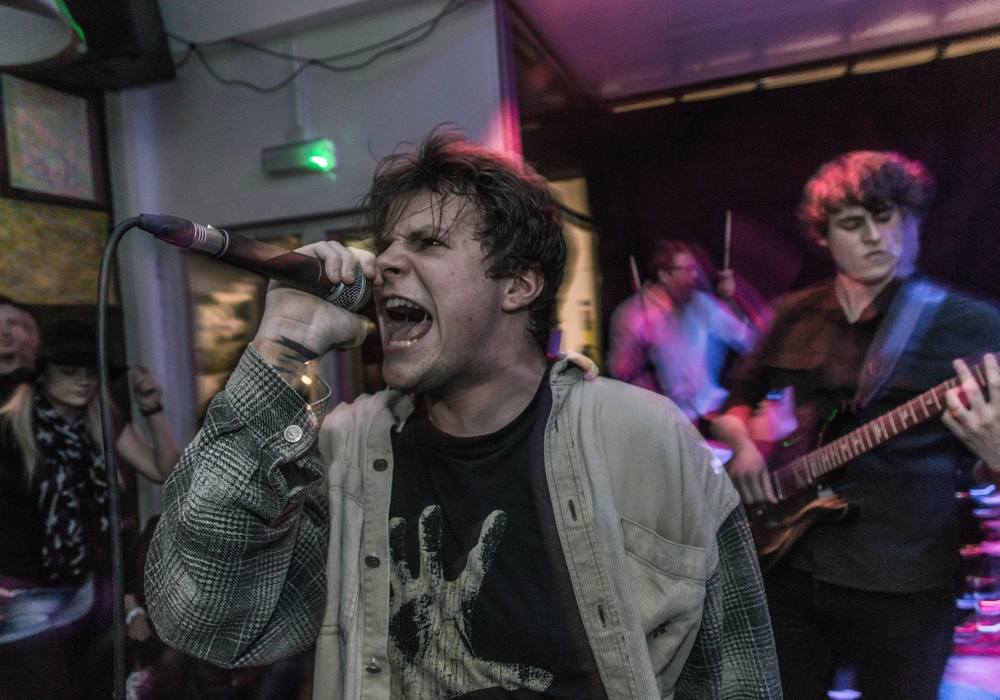 We often talk about some of the amazing students that have already graduated from dBs Music, but rarely do we shine a light on those already achieving incredible results with their work, while still completing their studies. Until now!

So, here are the dBs Music students killing it right now...

Sam Lawson and his band For The Oracle

Here's the hype... After gigging all over the UK and having a best-selling release on Bandcamp, For The Oracle recently returned from the renowned UK Tech Metal Fest and have even more gigs lined up for festivals and shows around the UK and Europe. A recent garden session for Clunk Magazine and successful album reviews reviews from The Monolith and It Djents Magazine

What Sam says... "We got some live audio back from our Tech Fest performance and had it mixed and mastered to use as the B-side for an upcoming release. We have some big shows lined up for next year with some amazing bands alongside some festival performance around Europe as well. We are touring in September with a UK group called Dreamwaves on a headliner weekender promoting the new release. Then again in November with a great band we met at the festival and then we are touring in December also on a larger eight-day stretch alongside another amazing UK progressive metal group who I have been listening to for the better part of a year now. More details coming soon and can be found at our Facebook page." 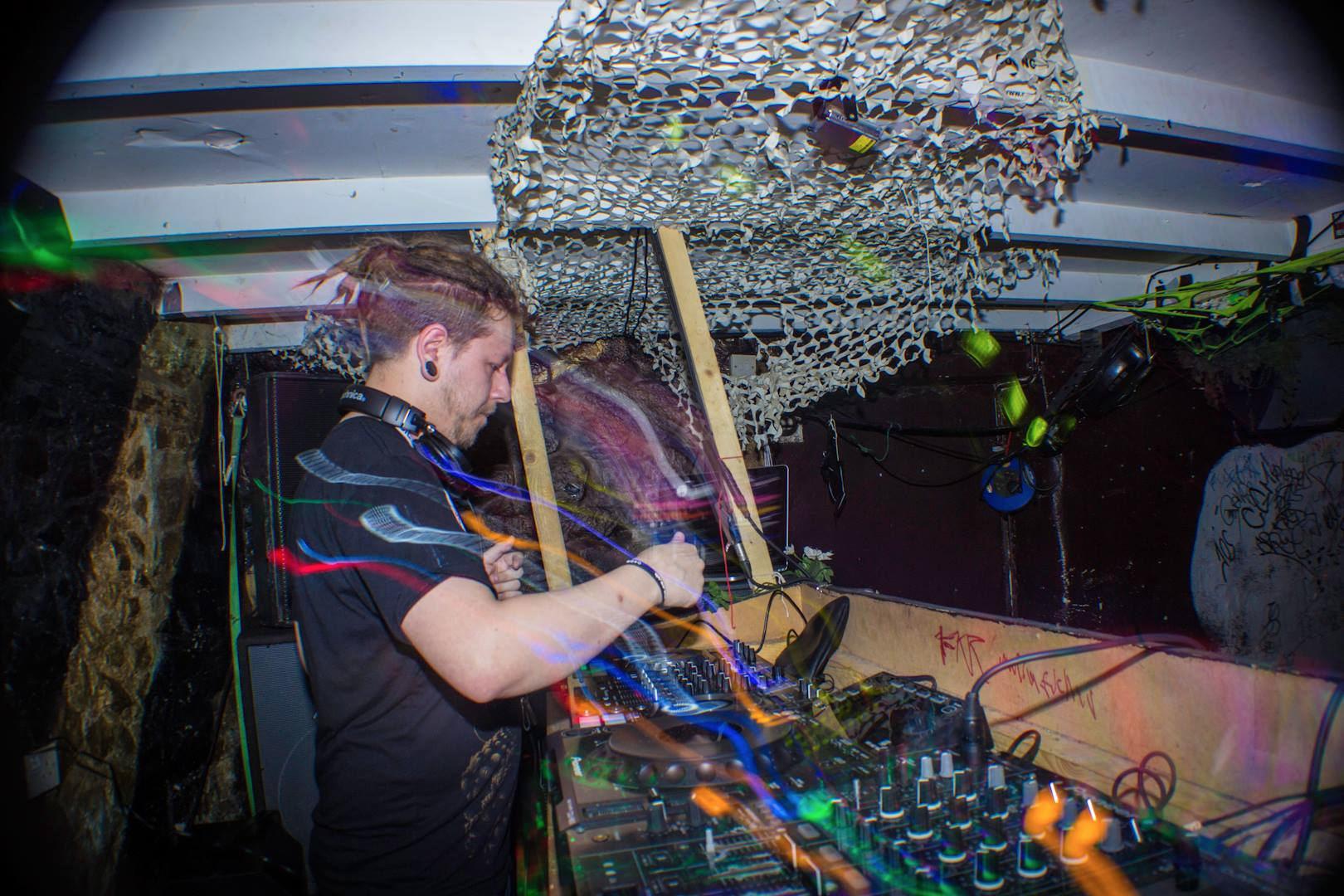 Here’s the hype... Fresh EP out now on TEK Records with one mahooosive remix from label boss TOO DUSTY climbing into the Beatport Breaks top 20. Plus, recently GeoGigm was the closing act for a festival in Cornwall called Crugfest

What Samuel says... "Really excited to show people how far I've come in two years studying with dBs Music in Cornwall. The next chapter in GeoDigm is to promote the EP and start work on booking more gigs across the UK.

"A friend and I are working on putting together an events brand that covers psychedelic dance music, a genre that is underrepresented in the local scene. If you're a local artist that produces, DJs or performs psy music and are reading this, don't hesitate to contact me looking for a show to play!" 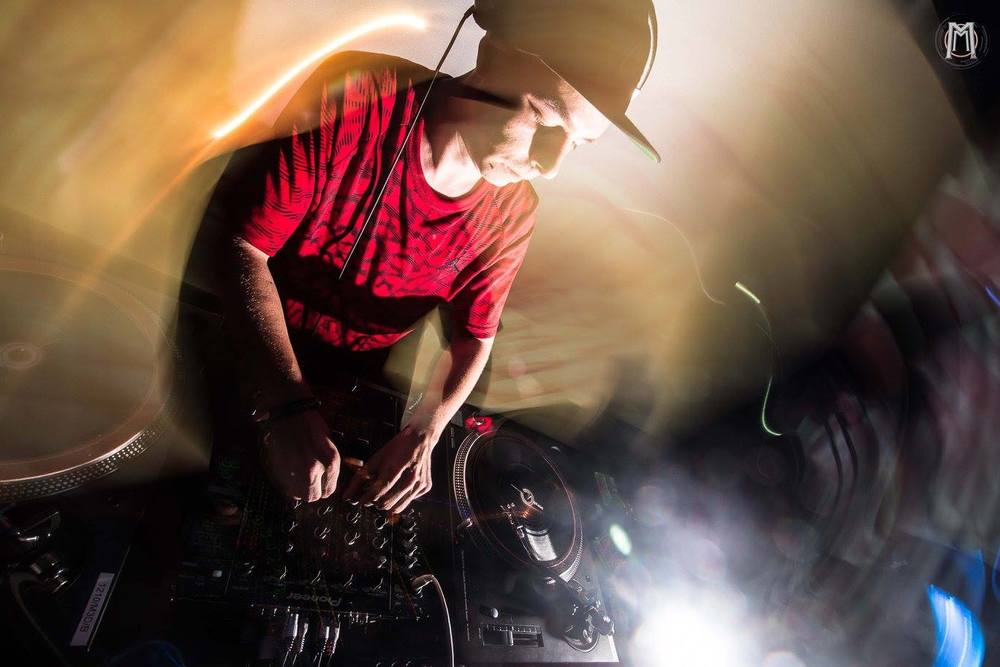 Here’s the hype... With releases already under his belt on labels like Jigsore Records and a new vinyl release out on Supercharger Sounds and tracks featured on Long Live The Animals Records coming soon. Osh Kosh has already secured DJ slots in practically every country in Europe, with more bookings still rolling in...

What Oisin says... "Over the last seven years I have been booked to play in many countries, but my biggest voyage so far was going to Russia with my MC called MC Noia, we played two gigs; one in a underground club and one in a vape shop. Both were amazing experiences!

"Learning at dBs Music helps me communicate with people in a professional manner and all the things taught in class have now been put into practice. I'm making new material over the summer with my classmates; Oli Jackson, Henry Sewell, Tadgh Williams and plan to release it by the end of the summer break. Also dBs Music has taught me to perform live at a higher level - whether it be in clubs, festivals and any other venues in the world!" 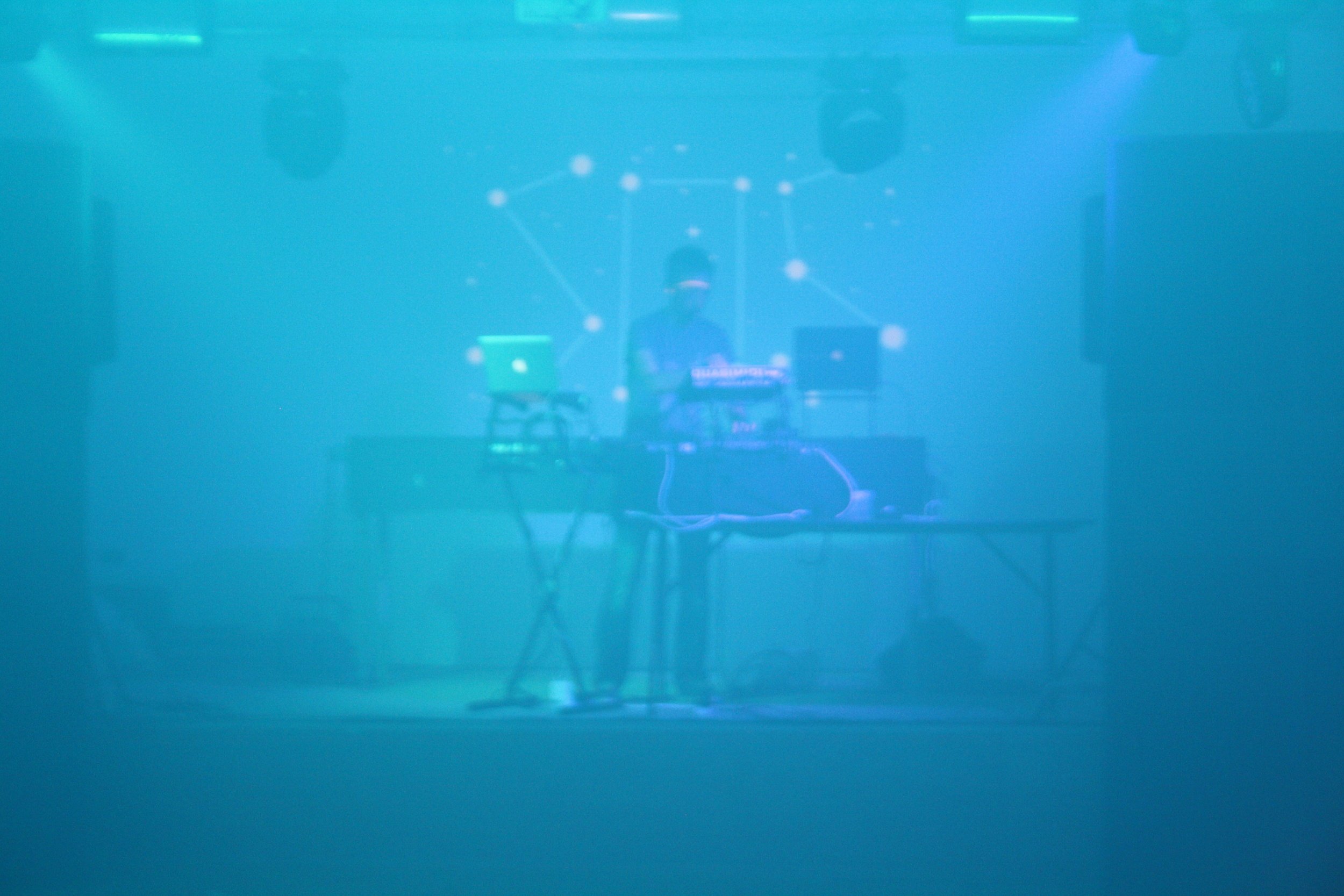 Here's the hype... Another student to feature at this year's dance tent at Crugfest which David curated and DJ'd at. David's HHiiHat alias for House production has release on Tall House Digital and his DnB alias, Beat Theorem shortlisted for the Koven Beatport Remix competition

What David says... "The major project this year was in particular a game-changer for me - and most of that can be seen and heard on my site. The HHiiHat track has just been signed to Tall House Digital, due for release in July and I'm really thrilled about that as it's my first signing.

"Studying at dBs Music has encouraged me to get out there and take risks with music, learning that the opportunities don't just arrive on your lap, you have to be super-ambitious. At the same time, behind the scenes if you like, the tutors have encouraged me to develop my own methods for making music better and better each time. I've a House album coming out later this year and in the meantime, two EPs this summer. And of course there's a year BA degree coming up too." 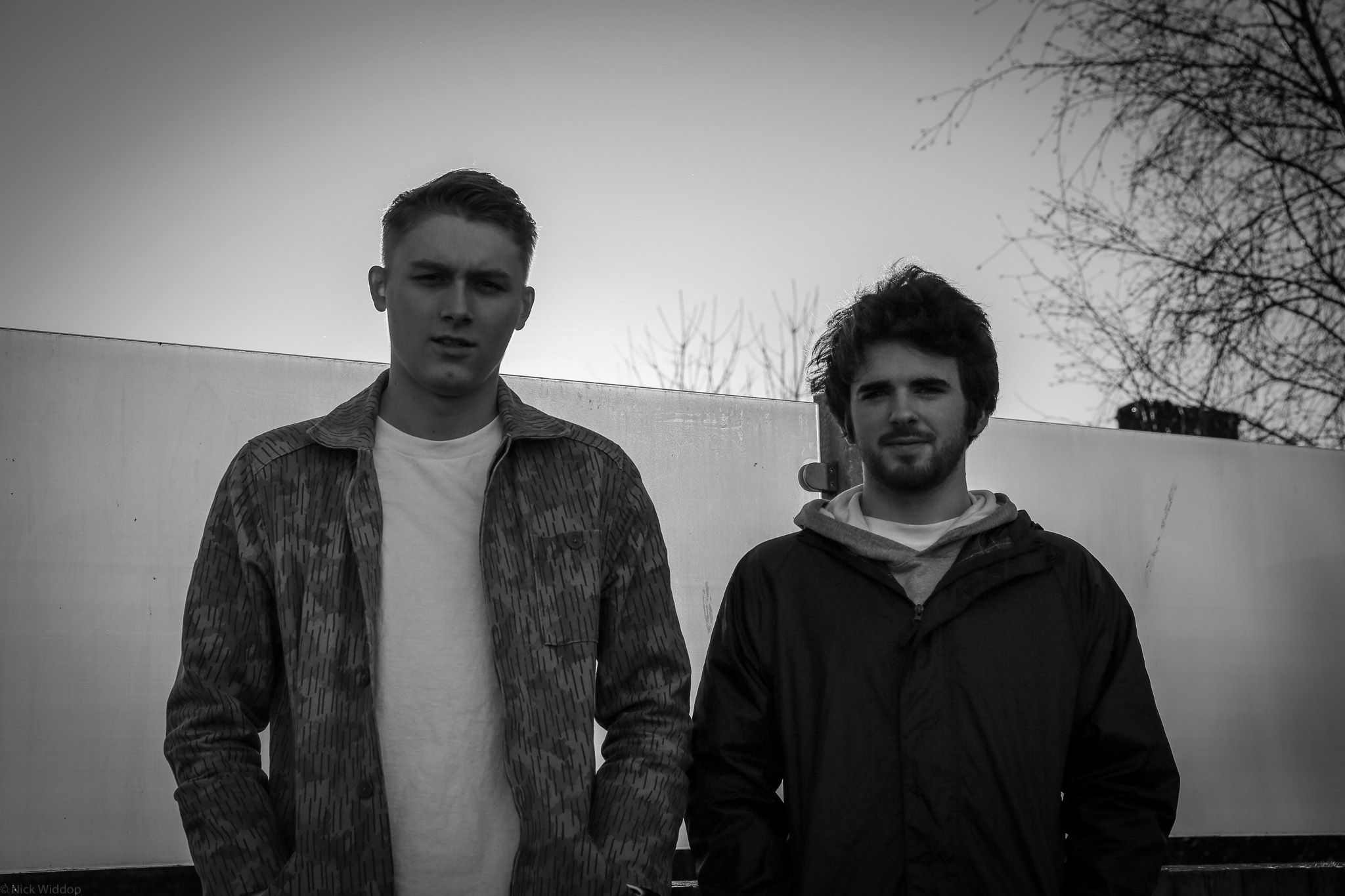 Here's the hype... Firmly cemented as part of the Bristol Bass and Techno scene, their debut EP New Foe gained support from the likes of Addison Groove, Hodge, Wen, Troy Gunner and Silas & Snare. They are rocking a fortnightly show on Bristol's 10 Twenty Radio and have various resident spots with Get Born, Musu and The Method Lab.

What Taylor says... "It sounds cheesy but, dBs Music brought me and Pete together and has added greatly to us as music producers and a brand in general. All of our tutors so far have had brilliant industry experience and have been helpful from the get go. We have  a track on a new compilation coming out very soon called Formulas Vol. 1 which will also feature a few other promising Bristol-based producers.

"I guess the most exciting thing to happen so far is our involvement with Red Bull and being asked to feature on the Red Bull Mixtape Volume 3, visiting Red Bull studios in London and working on a tune with Shadow Child was incredible, his style is slightly more house driven but he has a plethora of production experience under his belt and was a brilliant insight into the workings of a self-made producer DJ.There are also some other great up and coming producers on the mixtape and we are so happy to have our name amongst theirs so soon into our PAN:INC venture!"

Here's the hype... Recently debuted his new alias and collaboration, Blurred Vision at the legendary club, Ministry Of Sound in London. Warming up the night for the likes of Deetron, Jimmy Edgar and DJ Bone. Other highlight gigs include Egg London, Dog House, Bristol.

What Tugkan says... "I had an official remix that was in the works with three new EP's that were waiting to be sent out to labels but my house got burgled with all my equipment and my laptop with all my external hard drives with all my music on it. So for now I'm back to square one. But I've set up a Go Fund me page to try and help raise enough cash to get my studio back.

"At the moment we're [Blurred Vision] focusing a lot on production and hopefully have a few new EP's for the summer. I have to say dBs Music has helped me massively with production. I would feel like an amateur now if i had never studied at dBs Music. The use of the studio's have also been very helpful mix downs and there are some amazing tutors with a high level of production knowledge. It's also taught me to think outside the box with productions and use limitations to maximise creativity."