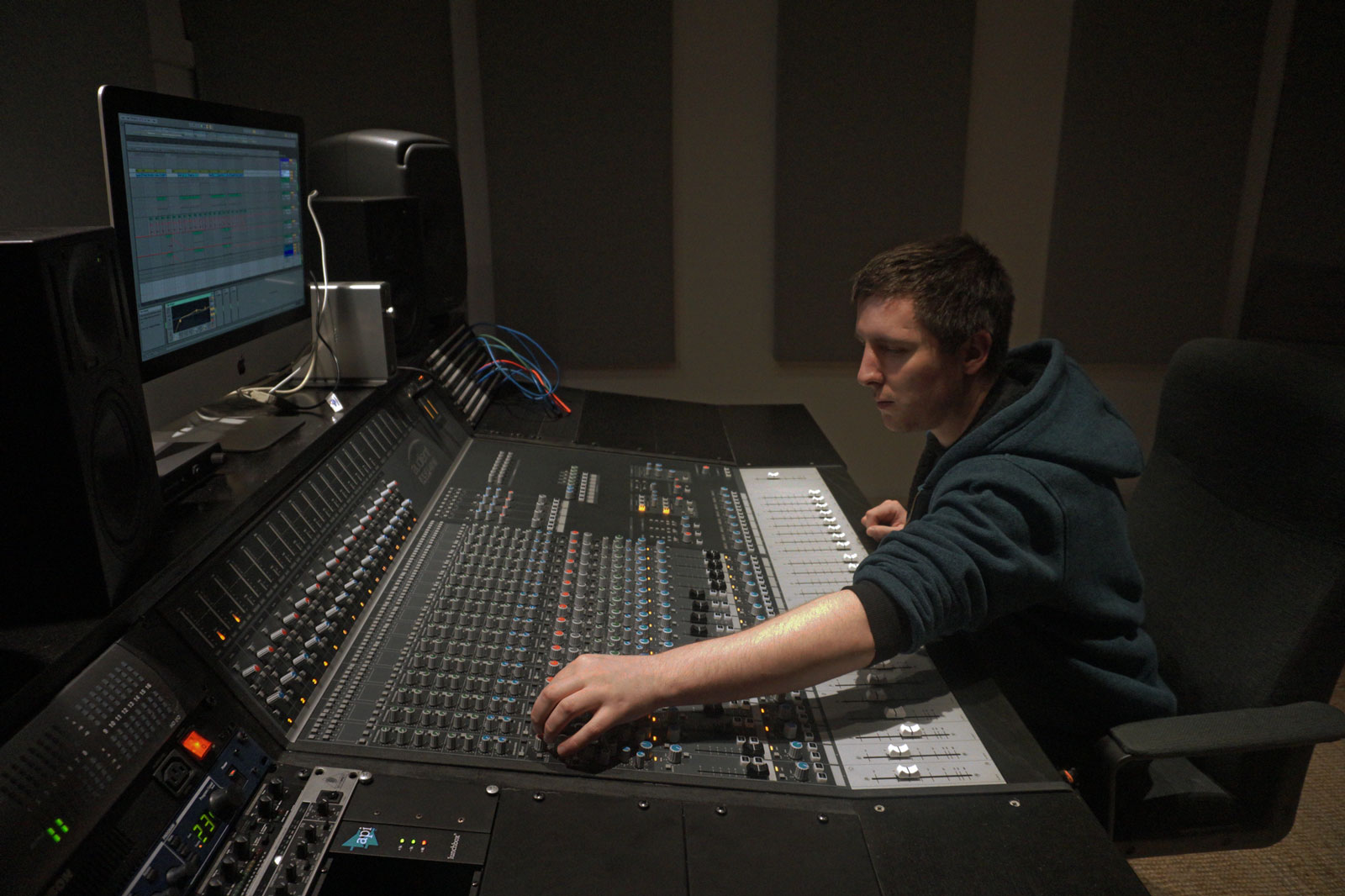 Another success story from a current dBs Music student who is pushing on with his career during his studies! Meet Ben Gildersleve [pictured above in the dBs Music Cornwall studios] aka Xenoben, who has recently signed a track to prominent Serbian Psytrance label Tendance Music. We caught up with Ben in the studio at the dBs Music Cornwall campus where he currently studies on our DJ & Electronic Music Production course...

Tell us about the course your on at dBs Music and why you chose it.
"I'd been producing my own music for a few years prior to studying at dBs Music and I decided that I would like some guidance to better hone my skills. I discovered dBs Music on Facebook and very quickly decided the HND DJ & Electronic Music Production course was well tailored to suit my every need. As I didn’t have the necessary grades to take the course immediately, I took the Access Course last year which I was very impressed with and instantly I found the quality of my productions improving.

How long have you been making music as Xenoben and how did it start as an alias?
"I have been making Psychedelic Trance music (or attempting to) as Xenoben for around 5 years now and previously vinyl DJ’d for 10 years under a different alias. I came up with the name around 15 years ago when I used to use it as a gamertag to play online multiplayer games. I decided to use it as an artist alias as it has great ‘google-ability’ and makes my online presence very easy to find on search engines. I have never met anyone who knows how to pronounce it properly, then again, I’m not sure if I pronounce it properly either. I guess that adds to the fun!"

You just had a track signed to Tendance Music, how did that happen? Tell us more about the process of getting the track signed...
"Funnily enough, I had just finished the track and planned to post it as a free download on my bandcamp page. I like to give tracks away for free sometimes as it gives back to the community and anyone can own a high quality version. A few days after posting a sample on Soundcloud, one of my earliest ever fans who I’d never met or spoken to, messaged me via Soundcloud to ask if I wanted to put it on a VA release. I added him on Facebook to have a more serious discussion and soon signed a contract after running it past my tutor, Oli Brand. Although I’ve never been to Serbia, I have heard the Psychedelic Trance scene there is very strong and one of my biggest inspirations in the genre comes from there himself."

What's next for you in your studies and in your music?
"My first priority is to ace this course. I’m on my first year of the DJ & Electronic Music course and plan to top up with the BA (hons) also offered by dBs Music, although I may take a year out if the music is going well. I want to get a few more tracks or EPs done and then work on a solid live set. I have a good deal of contacts across the country as I’ve been networking for quite some years now so should be able to start playing my music out more."